We have a large portfolio of guitars and offer a variety of them through a few hundred dollar models for beginners to hand-made models for professionals, or even ultimate custom models made of special wood with beautiful inlay.
All combined, we produce over 6,000 guitars annually.

We put our affection and passion into the production of all guitars, and continue to manufacture without compromising quality as one of the leading guitar manufacturers in Japan. 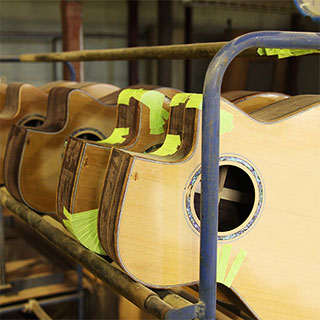 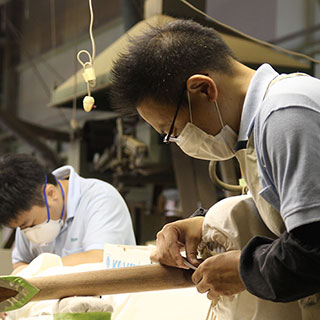 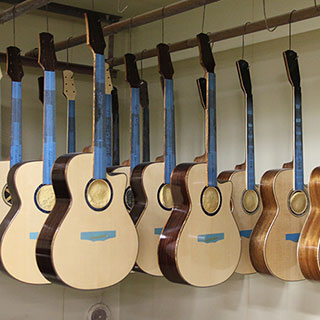 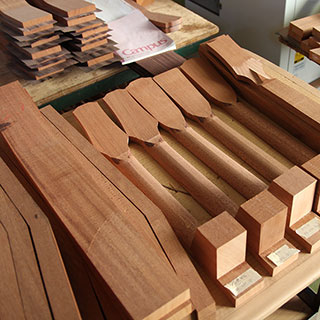 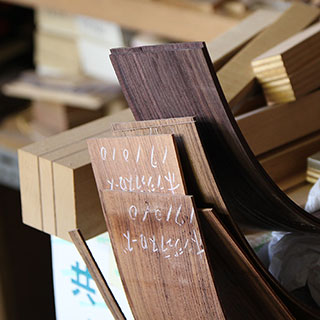 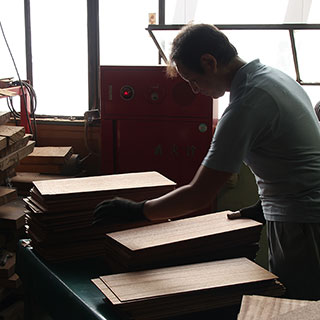 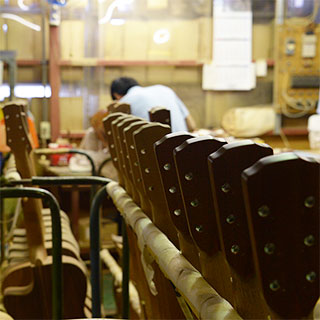 Wood materials are carefully selected from around the world

Materials used on Morris guitars are imported and stored individually for respective parts of the guitar from around the world in our search for collecting ideal wood.
Our strength is that we own the finest stock of wood materials in the industry.

The Morris Guitars company has been building quality handcrafted instruments in Nagano, Japan for a long time. Mr. Toshio Moridaira, the founder, was the first distributor in Japan to carry both Fender and Gibson lines. In 1964, due to his working relationship with Gibson, Mr. Moridaira was able to visit the Gibson factory in Kalamazoo, Michigan. An employee at Gibson nicknamed him “Mori” at that time.

In 1967, he founded the Morris Guitars company. He named it Morris, taken from the nickname given to him a while back. Morris produced copies of dreadnought and small jumbo models based on Martin and Gibson designs. Since then, Morris Guitars have enjoyed an outstanding reputation in Japan and other countries for making high quality guitars.